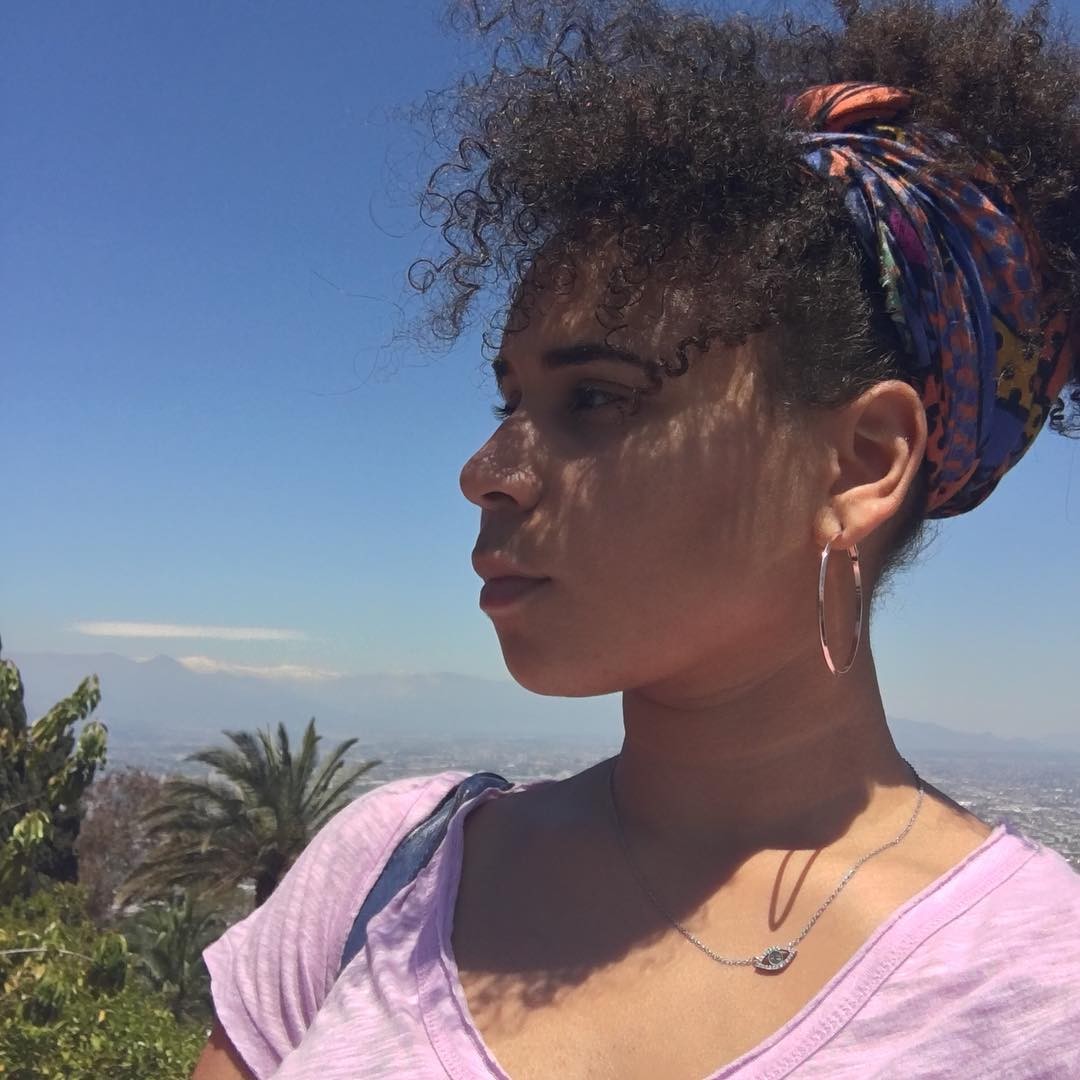 For my birthday, I ventured to Santiago, Chile. It was, as my birthday trips tend to be, on a whim. I’d half-heartedly meant for it to be a solo trip, so when my mom offered to come with me for at least half of the trip, I jumped at the chance. I used my miles to book a flight, scanned through Airbnb and booked my getaway.

Chile is one of the safest countries, if not the safest in South America, which makes it a great place for a girl to go solo. Santiago has so much rich history, and the city is a-buzz with so much life. Sure it’s the metropolitan center of the country, so for people from other big cities, it can possess a level of sameness, but there’s something beautiful about this city that I’ve yet to feel anywhere else. The people there are so magnificently kind, they were helpful and all smiles, despite my inability to speak the language. They have wine, markets, art, spectacular views, amazing people, and an up and coming culinary scene. My only warning is that you should probably brush up on your Spanish, because only a very small population of the people there speak anything else. 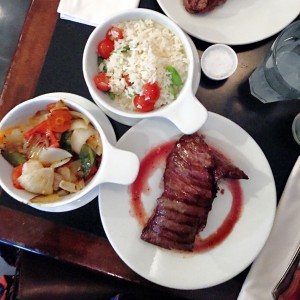 Chile’s culinary scene has reached an impasse of sorts. It being one of the most stable economies in South America means that people from its neighboring countries have moved there over the years to set up shop and seek employment. There’s a large love for Peruvian cuisine down there, as well as Argentinian, but they’re also rediscovering Chilean cuisine. There’s a spice I picked up at the market called Merkén that I’m in love with, it’s a little like Paprika and used by the Mapuche tribe. I want to put it on everything, I’ve even altered my mac and cheese recipe to include it. I tried seafood empanadas, made fresh on the spot by a little lady in Mercado Central. Chileans follow their own rules when it comes to food, and while some classical cuisines have strict rules about mixing cheese with seafood, that particular rule seems to be made to be broken in Chile. There’s a spot known for combining odd flavors to make some yummy ice cream called Emporio la Rosa. I also recommend trying their steak, sweetbreads, conger eel soup, (Chilean variation on the hot dog) completos, sopapillas from La Vega market, and anything with mashed corn. 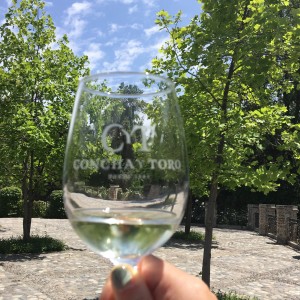 We visited the Concha y Torro vineyard, Chile’s largest wine producer. As far as vineyards go, this one is massive, butwhat else could one expect from the wine sponsor of Manchester United? Unlike the smaller establishments I visited in Bordeaux, this place was pristinely manicured. Someone tried to coax us into visiting other wineries with lower production value. In the end, we still went with Concha y Torro, and while I could have done without the video in the devil’s cellar – I did not regret it. It was easy to get to and I was told that some of the other vineyards had a hard time with only English speakers. The staff was delightful and they weren’t shy on topping me up with a little extra wine, after all, it was my birthday. If you have time, I recommend stopping in for a meal at the restaurant, my beef filet was yummy and drinking another glass of wine seemed par for the course.

As a budding wine geek, I got my rocks off on all the wine knowledge they shared. Their Casillero de Diablo white wines aren’t meant to be aged while the reds are best aged 3 to 5 years. I also learned a bit about the Carménère grape, one of the original six red grape from Bordeaux that was thought to be extinct until someone discovered itin Chile. The grape had traveled the globe from France to Chile before a disease spread by the Phylloxera insect wiped it out in France. No one knew that it had survived, and Chileans used it as Merlot for ages until someone rediscovered it. Chile is now the largest producer of Carménère wine.

I’d visited Peru the previous year in late May, and tried Pisco for the first time. As a matter of fact, Peruvian Pisco is Chilean Pisco’s better-known cousin. It’s also higher in alcohol content, if that means anything to you. Both countries have the same national cocktail, each boasting their own version of Pisco. I tried a Chilean Pisco sour, and liked it just a little bit more than the Peruvian version. The Chilean Pisco was sweeter and smoother, probably a result of the fact that only very select distilleries can make Pisco in Chile, while the standard of production is a little less strict in Peru. If you find yourself in Chile, take a stroll to Bellavista and pop into La Minga for a Pisco Sour (and more yummy cocktails) and some of the food I mentioned above. 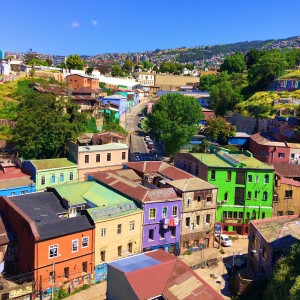 If you’re looking to be taken back in time, you can also hop on a coach bus from Santiago for the same $4 and an hour and a half to Valparaìso, the old port city that is protected by UNESCO. Note, these coach buses are way more comfortable than a Greyhound bus! Pablo Neruda had a house in the hills of Valpo that is now a museum with beautiful views of all of the colorful houses in the hills. I took a free tour with a group known as #Tours4Tips, they took us to the port and up into different hills, known as cerros, via funiculars. I got my street art fix here, at every corner the cities artists have claimed space for murals, art that breathes new life into this old city. The famous Escadaria Selarón steps in Brazil were actually designed by a Chilean.

If you’re starved for a little beach time – hop on one of their coach buses for only $4 and an hour and a half of your time and you’re in Viña del Mar. Ye be warned, it’s quite a bit colder than the Caribbean Sea! You can soak up the sun on a little slice of beach, not too far from the train station. My mom and I took in the views of the Pacific Ocean on the terrace of the Sheraton Hotel.  We sipped Terremoto (Spanish for earthquake) cocktails – recipe here, staring off into the distance, watching pelicans on the rocks and seagulls swooping down to grab their next meal. Although not exactly a local hangout, it was the perfect way to end our last full day in Chile. 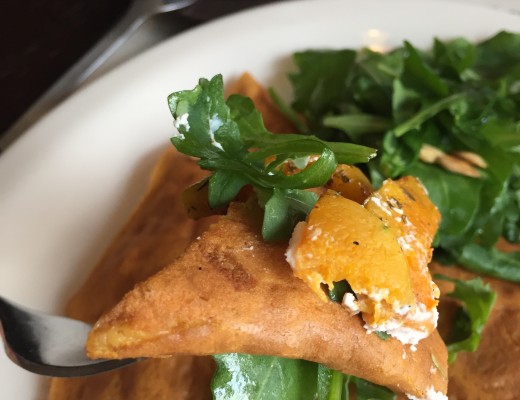 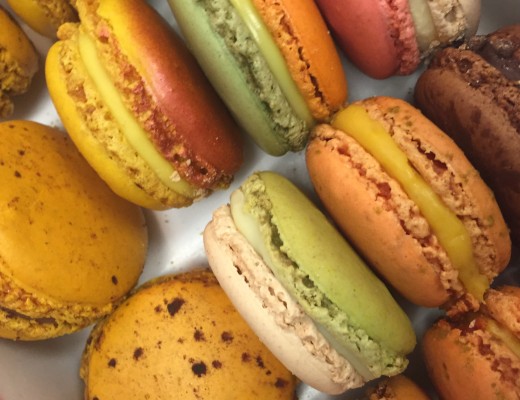 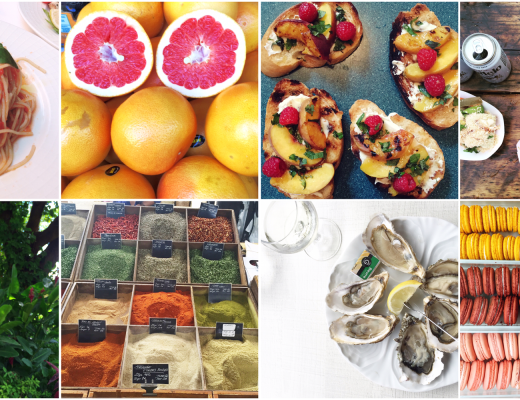 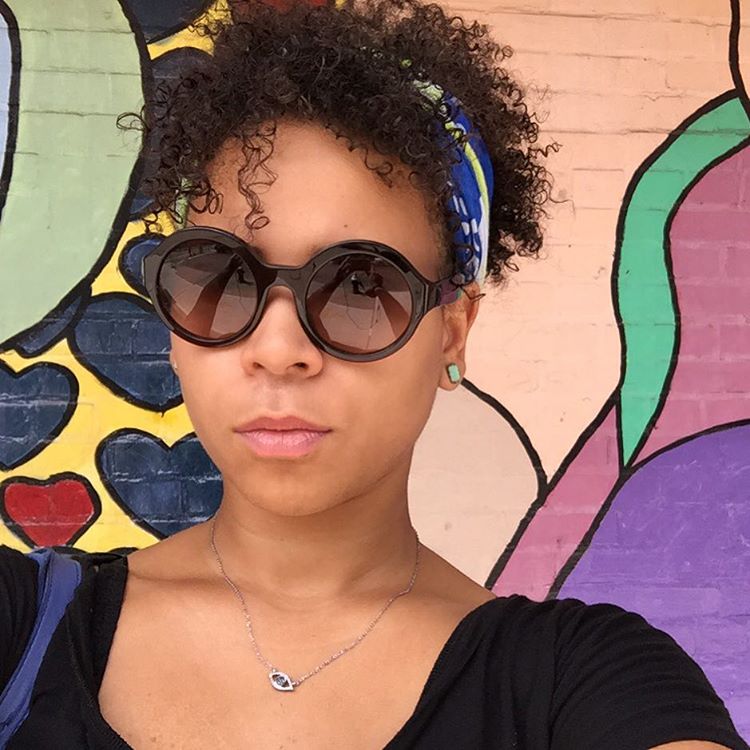